Over the years, Ottawa, Ontario has seen some incredible players from different sports. Besides that, some of those plays that happened in Ottawa are among the best plays in the entire country which speaks volume about the importance of Ottawa on the sports scene in the entire Canada. In this piece, we will be bringing you the list of five best and most iconic plays in Ottawa's sports history.

One of the most memorable moments in the Ottawa's sports history happened in 2007 and it involved Ottawa Senators, an ice hockey team from Ottawa. Ottawa Senators did not have a lot of success in the competition over the years and during the 1990s they would enter and leave the competition on several occasions. However, as the 2000s started, Ottawa Senators played much better and the managed to find balance in their performances.

Ottawa Senators have not yet won the Stanley Cup and once they do, that will be the most important moment in their history. However, until then, the most important moment in their history happened on May 19, 2007, in the game against Buffalo Sabres. The game was coming to an end and it came to the last play to decide who will advance to the Stanley Cup final. Senator's captain took the puck in the opponent's zone and once there he sent the puck past Sabres' goalkeeper Ryan Miller which meant that Ottawa Senators have reached Stanley Cup final for the first time. 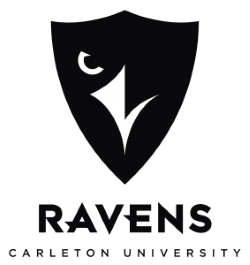 Over the years, Panda Games have featured a lot of amazing games and especially plays. However, the 2014 Panda Game between University of Ottawa Gee-Gees and Carleton Ravens became one of the most important games in Ottawa history. Carlton Ravens were trailing during the entire game and right before the final play of the game, Jesse Mills, Raven's quarterback came in and he started the final play.

As the ball was traveling toward the pitch, it deflected off one of Gee-Gees' players and landed in the hands of Nathaniel Behar who managed to get the touchdown as he ran from the 10-yard line. With that touchdown, Carleton Ravens defeated Gee-Gees with the score 33-31.

In 2009, Ottawa hosted World Junior Hockey Championship and Canada won the gold medal at that competition after defeating Sweden in the final. However, the biggest game of the entire championship happened in the semi-finals when Canada faced Russia. During the entire game, teams traded goals and neither team was able to gain a significant advantage. However, with an only seconds left to go until the end of the game, Russia was a goal ahead but Canada was attacking.

At that moment, Jordan Eberle stepped up and took the puck and scored the most important goal of his career to take the game into the shootout. Eventually, Canada would win the game in the shootout with the score 6-5.

Ottawa Redblacks would go on to win the Grey Cup in 2016 but that was not their first attempt to win that title. In 2015, they were very close to the title but they were defeated in the final by Edmonton Eskimos. In the semi-final match, Greg Ellingston showed the full range of his talent as he reacted swiftly to the ball intercepted by Henry Burris. Ellingson caught the intercepted ball at around the 93-yard mark ad he managed to run to the opponent’s end zone without being tackled. In that way, Ottawa Redblacks secured their place in the final of the Grey Cup. 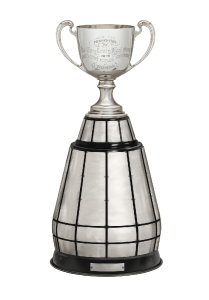 Ottawa Rough Riders are the first professional sports team that has been formed in this city and they are still one of the biggest proud of this city. In 1981, Ottawa Rough Riders would play in the final of the Grey Cup but they would be defeated. However, their path to the final was incredible and it featured a lot of ups and downs.

In the regular season, Ottawa Rough Riders had the record of 5 wins and 11 defeats and they were not in a good position when they faced Hamilton Tiger-Cats in the East Final. With only several seconds left until the end of the game, Rough Riders were trailing 13-10 but then J.C. Watts stepped up and connected a 108-yard pass with Pat Stoqua who finished the play with the touchdown and brought the first Grey Cup final to Ottawa Rough Riders.