Interestingly, the first intention of the Ottawa Redblacks owners was to name the new team Rough Riders and they contacted Horn Chen, the owner of Ottawa Rough Riders, to purchase the name as they knew that Rough Riders were a huge part of Ottawa sports culture. After the negotiations, it was announced that Horn Chen has sold the intellectual property rights for the name and logo of Rough Riders to the new team.

However, the new team would end up not using that name as Saskatchewan Roughriders complained about that name. After that, the owners decided to let the fans pick the new name for their team and after a certain period of voting and five suggestions, fans decided that the name of the new football team in their town will be Redblacks. 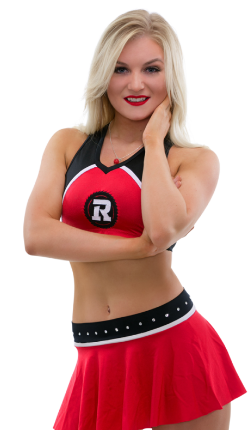 Even though the team was formed in 2010, their first official game in the Canadian Football League happened in 2014 when Ottawa Redblacks faced Blue Bombers in Winnipeg. That year, the team finished in the last place with only two wins and sixteen defeats. However, things significantly improved in their second season when they had the opportunity to sign new and talented players.

That year, Ottawa Redblacks finished in the first place in the East Division. That same year, Ottawa Redblacks eliminated Hamilton Tiger Cats in the semi-final match and advanced to the 103rd Grey Cup final where they were defeated by Edmonton Eskimos. Despite the defeat, that was one of the best results that any Ottawa football team has ever achieved. The following season, Ottawa Redblacks were able to even further improve their team which resulted in them once again playing the 104th Grey Cup.